Okay, folks. Droughtlander is almost over which means it’s time to start rev’ing up. Anyone on social media today knows Entertainment Weekly released several new insider looks at Season 3 as well as a peek at the Caitriona Balfe and Sam Heughan photo shoot in South Africa. The pictures are sizzling hot. I took it upon myself to grab a few gems from the photo shoot video and added my own special touch to them. I hope you enjoy.

If you happened to miss the latest spread, you can read the article and watch the video here. All three Entertainment Weekly Outlander Season 3 issues go on sale Friday, August 25th. 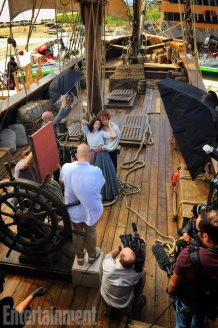 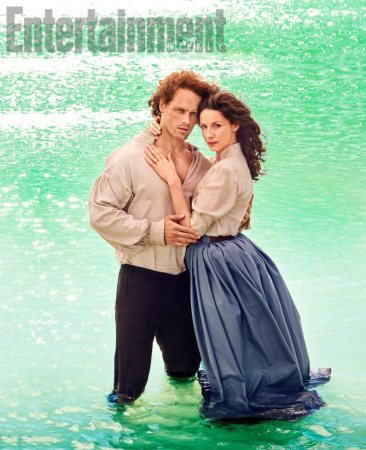 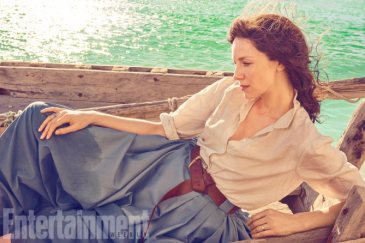 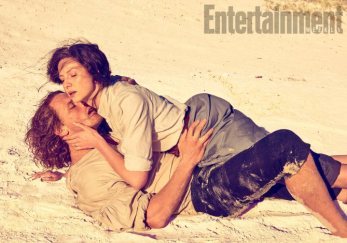 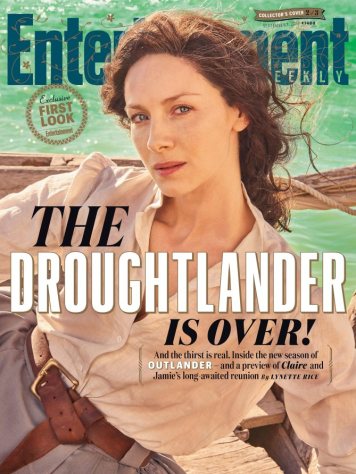 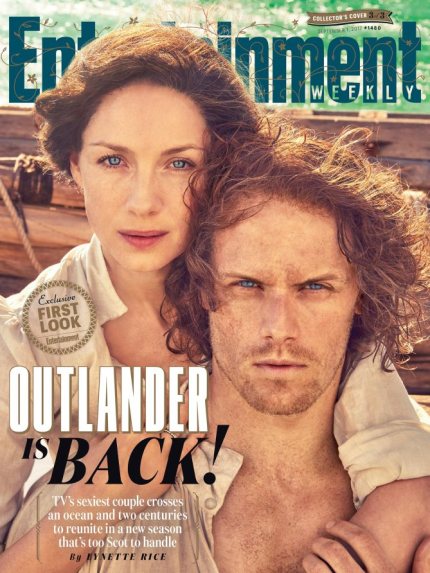 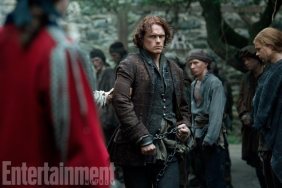 “In the space of five episodes, I go from the huge battle to having lost everything, living in a cave, living in his memories of Claire, and then finding some sort of peace and freedom,”Heughan says.

Cesar Domboy portrays adult Fergus in the some of the season’s earlier episodes. “Jamie’s like a father figure, a savior, and a master,” explains Domboy. “I’m right-handing Jamie on everything.”

“It looks amazing but every time you shoot in any of these ship sets, we have them replicated indoors,” Balfe explains. “It’s very cramped and hot and sweaty and smells not good.” 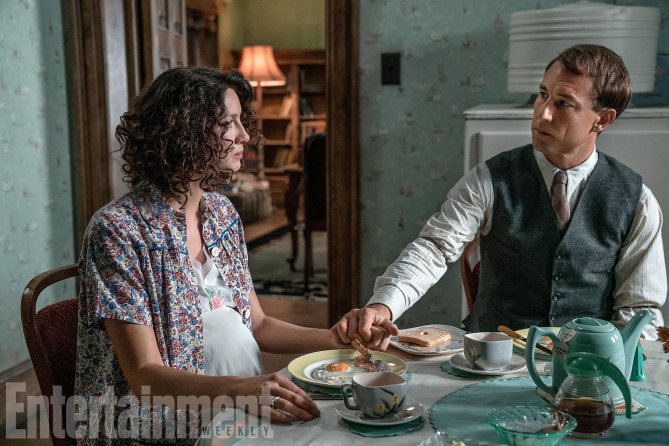 “The relationship we all want is Claire and Jamie but the relationship most of us get or have had is Claire and Frank,” explains Balfe. “It just feels very real and it’s tragic. These are two good people, they’re trying to do their best, but they’re just never going to be able to give each other what they need, and that’s very fertile ground for good drama.”