After an exhaustive search for the perfect Brianna Randall Fraser, Outlander Starz has cast twenty-something, English beauty Sophie Skelton. Let’s all give the adorable brunette-turned-redhead a warm-hearted welcome to the Outlander family.

Following the official announcement by Outlander Starz this morning . . .

The wait is over! Meet Sophie Skelton (@skeltonsophie), who will be playing our beloved Brianna. #Outlander pic.twitter.com/SqcjUvqAzm

. . . several articles were posted online with the most exciting Outlander news since Richard Rankin was announced to play the part of Roger Wakefield MacKenzie way back in December. Here are a few of those articles for your perusal pleasure:

Yeah, I know . . . very little information so far, but we have oodles and oodles of time to get to know the newest member to the Outlander family. Now, let’s talk about Season 2. Warning. SPOILERS are afoot for . . .

Non-book fans are going to receive more than a few shocks and surprises, including and especially the introduction of Claire and Jamie’s fantastically feisty daughter, Brianna, and the erudite, yet ruggedly handsome, Roger. 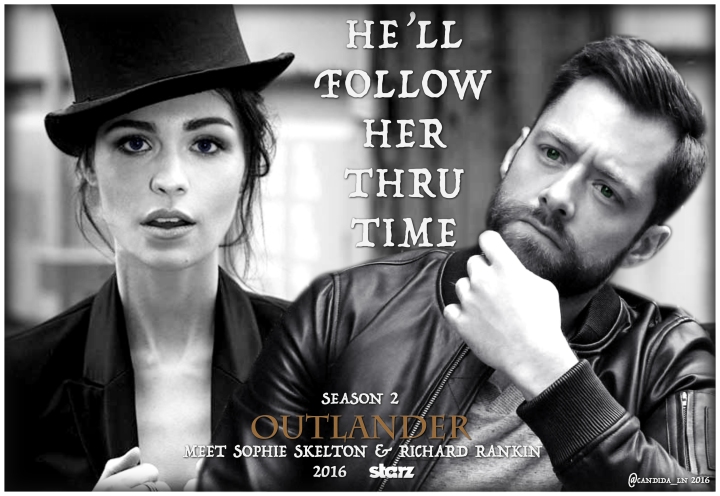 Brianna is a unique character in the series, being conceived in one time period and born in another. Like her parents, she’s well-educated; fearless, almost to a fault; loyal & stubborn, like her 18th century Da; purposely athletic, thanks to her 20th century Dad; ingeniously inventive, if one counts reinventing things using 18th century technology & materials; and pleasing to the eye, just like her parents. But no matter her qualities, Brianna is definitely a two-daddy’s girl.

Regarding the vexing 1960s (for those not knowing what the heck is going on), there’s been much speculation (and a bit of rumor mongering) about how and when the scenes will be worked into the show. And the big question, how much of Richard Rankin‘s Roger Wakefield will we be gifted? (I need to know. After all, I have Top 30s to plan!) Will we see Frank Randall in Season 2 – just a tiny glimpse? Sigh. Maybe we’ll have to wait until Season 3 to see him again. Come on, Starz! Make the announcement already. Can’t have a Season 2 without a Season 3, then a Season 4, and Season 5 . . . Plus, remember that little comment author Diana Gabaldon made before the show even aired? Something regarding a Jonathan Randall spin-off if the Outlander television series became a success. Please tell me I’m not the only one who heard that? I need me some more Black Jack excitement. [Laughing at myself now . . . a little wishful thinking on my part. The comment made regarded a series for Lord John Grey, not Black Jack Randall. I’d be thrilled with either, but perhaps more thrilled about Lord John – his character being one of my absolute favorites from the novel series. Regardless, not trying to spread rumors, but the concept is exciting.]

And speaking of the exciting 1740s, I am very much looking forward to the new storyline(s) involving Geillis Duncan and Laoghaire MacKenzie, as neither character is in Dragonfly in Amber – the novel on which Season 2 is based. We’ve also seen several sneak peeks of Duncan Lacroix‘s Murtagh Fitzgibbons Fraser looking quite dapper in France.

With the approaching premiere of Season 2 in April 2016, I intend to embrace the continuing series with a wide-open mind and childlike eagerness. From what we’ve seen so far, it looks to be très extravagant, heartbreaking as expected, intriguing as can be, full of explosive surprises, and sexier than ever. 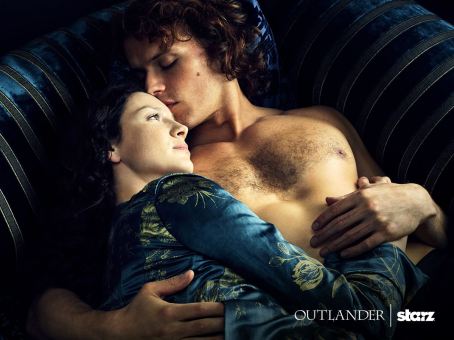 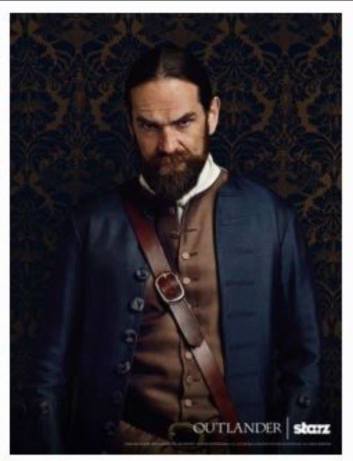 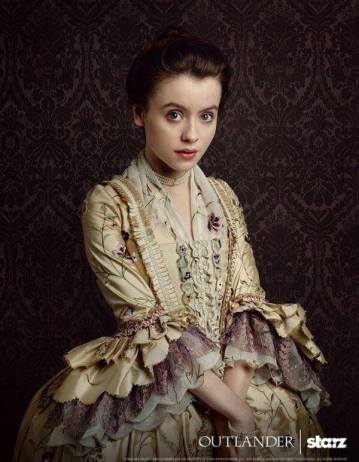 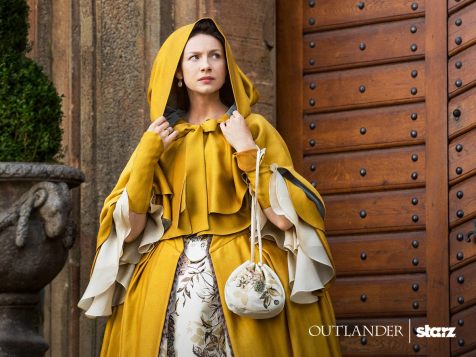