Day 12 of Outlander Starz’s offerings is a game of “Would You Rather . . .” with Stephen Walters (aka Angus Mohr) and Grant O’Rourke (aka Rupert MacKenzie).

This may be the most outlandish game of "Would You Rather" you'll ever see. Enjoy! #OutlanderOfferings https://t.co/QMrEMW19fA

Unfortunately, the video is no longer available, but you can check out their answers in the screen grabs to follow. Were your answers the same as Stephen and Grant’s? How about mine?

I would rather live forever without love because I’ll be too busy getting an infinite number of PhD’s anyway. 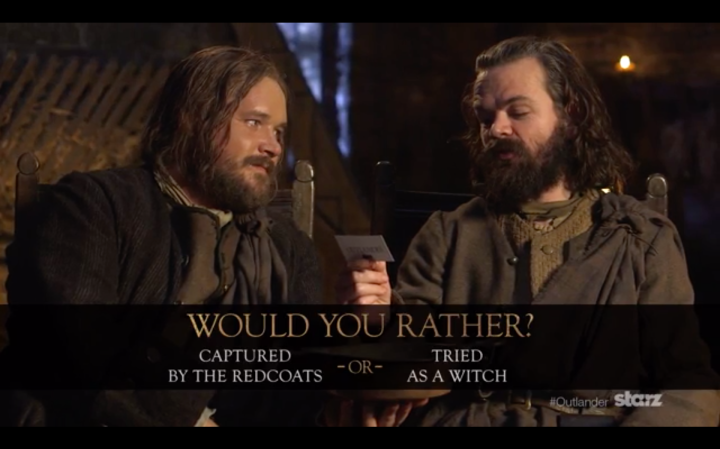 I would rather be tried as a witch because then I could scare the sh*t out of everyone putting a curse on them all before being burned at the stake. 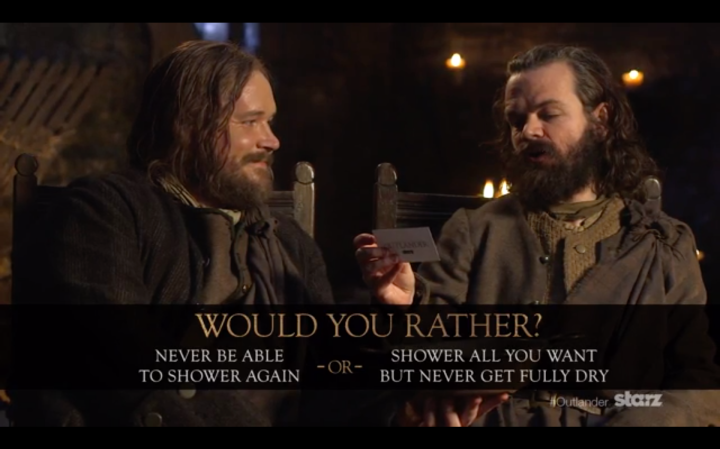 Considering I already say whatever is on my mind . . .

Are you kidding me? Make it a month without my phone.

I pick Randall because I don’t wanna hurt the wolves. They don’t deserve it.