In the event you missed the trailer because you were hiding in a cave, under a rock, on the moon or just plain hiding from social media, here it is for your viewing pleasure.

[Sorry it is no longer available.]

Outlander Season 2 is based on Diana Gabaldon‘s second novel in the series: 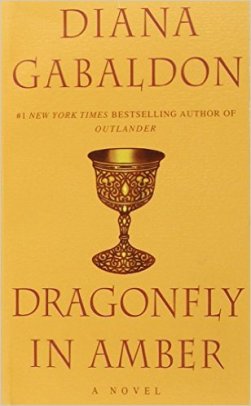 ***** SPOILERS ahead. Skip to the next section if you want to go into Season 2 blind.

Like all of Diana’s novels, DIA is chock full of wallops – all of which must fit into 13 measly episodes. Of course, most of the major character developments were well taken care of in Season 1 – Claire, Jamie, Randall(s), Murtagh, Dougal, Colum, Rupert and Angus – but there are more than a few new notables still to come.

It’s difficult to select what scenes I’m most excited to see and who I’m most eager to meet in Season 2. Two of the most obvious are Brianna Randall, Claire’s daughter, and Roger Wakefield, the great-great-great-great-etc grand-love child of Dougal MacKenzie and Geillis Duncan. But Lord John Grey, being a personal favorite of mine, ranks his introduction rather high, though the actor for Season 2 is too young to play the fully grown character in Season 3.

Given Jonathan Randall’s stealing of every scene in Season 1, I feverishly await his return in Season 2 – particularly his reunion with Jamie and the duel on the Bois de Boulogne. And how will the show handle what transpires between Randall and Fergus? I’m already cowering behind the couch.

Claire must be braver than she’s ever been, in Season 2. I’m rarin’ to watch her intrigues with historical and powerful characters she’s only read about in history books but now must face and outwit.

Of course, Terry Dresbach‘s sumptuous costumes are almost as big as the characters themselves. The peek we receive in the teaser trailer already has me salivating.

And it’s no surprise Jon Gary Steele has topped himself in Season 2. Given what he did with Lallybroch, I can’t wait to see the entire French palace and court. More salivating.

Ron Moore blew us away with Season 1. So far, Season 2 looks like nothing is held back. Not shying away from Diana’s material, he’s already pushed beyond traditional television boundaries. Oh, what can we expect next?

As is my signature, here are my Top 10 Selects for the Outlander Season 2 Trailer.

Poor Jamie looks in the direst of straits. I’ll bet two francs, it’s all a mistake. 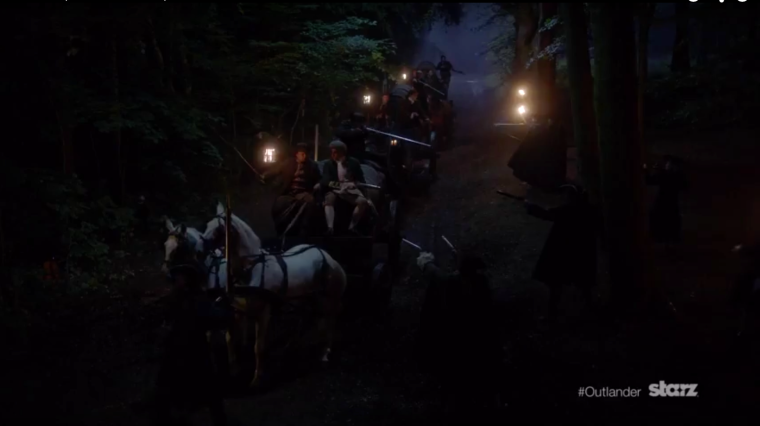 #9: Claire’s Head of the Table

You’re from the future, he said with a smirk. You tell me what happens to spies who do lurk? 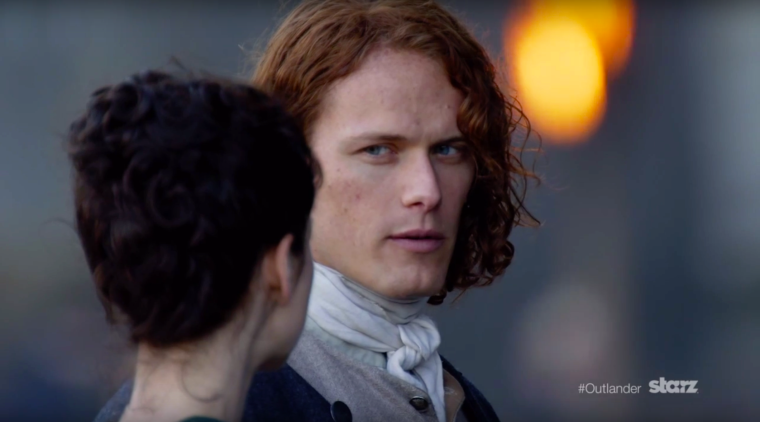 Murtagh cleans up with his hair all slicked flat. How cute Claire looks in her Paul Revere hat. Claire goes to market in her riding hood. Where can I buy one? Oh, I wish I could. The Jacobites charge from out of the fog, not knowing disaster waits in the bog. #4: Claire and Jamie’s At the Graveside

Claire in mourning. For who, we can’t guess. Another two francs, Ron’s messing with us. 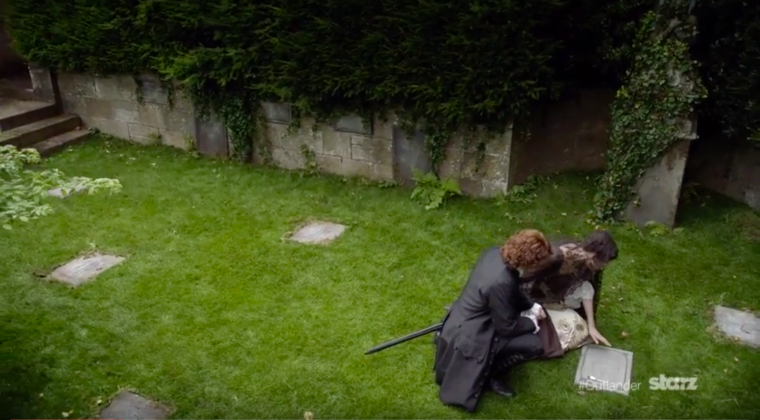 #3: Jamie and Claire’s Having a Moment

Jamie and Claire are in bed with their clothes? What’s wrong with this picture, I’d like to knows? 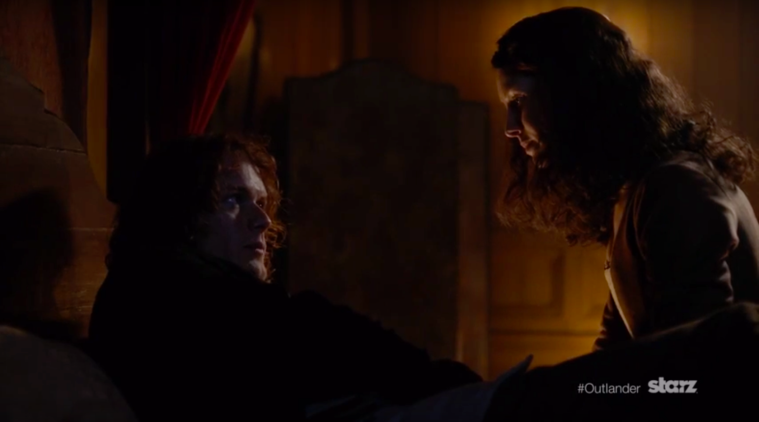 #2: Claire and Jamie’s Having a Baby

Is this where Jamie learns how to induce? Oops. That’s Fergus, who faire le bête à deus dos. 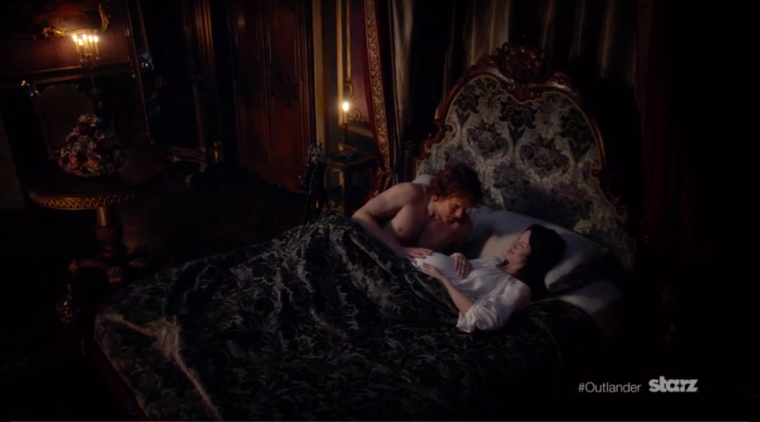 Intrigue abounds in the gardens of France. Claire dresses the part for her song and dance. 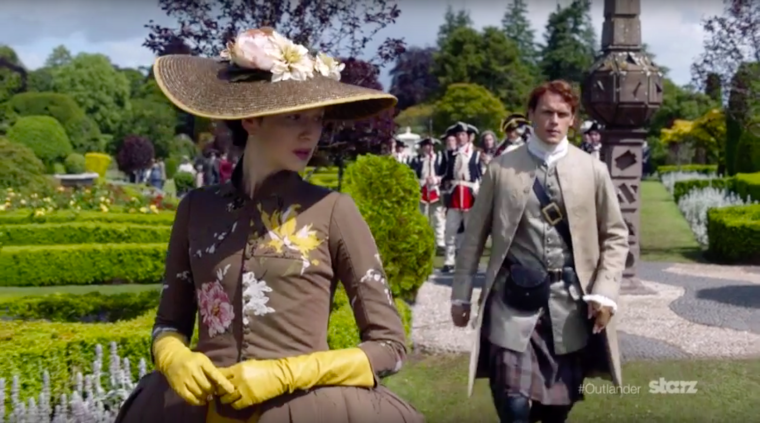 I hope you enjoyed my chuckles and rhymes. Check back for more treats. I’m here all the time.