For Outlander fans who are also fans of the All Souls Trilogy by Deborah Harkness, I decided to share with you the fun I had at the first (fan orchestrated) All Souls Conference held in Beverly Hills on Saturday, September 12. This is not a comprehensive report, by any means. It’s merely a sharing of my favorite moments.

For those who know the series, you can skip this paragraph and the next. I am not a fan of most paranormal-type stories. I have nothing against them, they simply do not hold my interest for the most part. I made an exception when I picked up A Discovery of Witches, the first book in the All Souls Trilogy, because it had received several rave reviews. Yes, it has witches. It has vampires. It has demons. It has magic. It has science. It has history. It has adventure. It has action. It has romance. It has time travel.

The story begins in present time Oxford, where our heroine, Diana Bishop – a non-practicing witch and professor, and our hero, Matthew de Clairmont – a very old vampire and geneticist, first encounter one another. They travel back to the Renaissance in the second book, Shadow of Night, where we meet several historical figures, including Queen Elizabeth. The third novel, Book of Life, returns the characters to the present for the suspenseful conclusion. While Diana and Matthew are the main characters, the novel is filled with other vibrant and interesting witches, vampires and demons – many of whom became fan-favorites throughout the series. You’ll meet mine at the end of this post.

The intimate conference, held at the Sofitel, served a most delish breakfast and lunch, the menus having been planned based on food prepared and served in the novels.

The entertainment was outstanding, music provided by Ms. Harkness’ fellow USC Trojans. The selection of songs was taken directly from the Renaissance period, so we could enjoy the tunes Diana Bishop and Matthew de Clairmont might have heard during their trip back through time.

Jennifer Ikeda, the very talented actress who recorded all three audio novels, joined the conference to discuss the process of her preparations and studio sessions. At a very young age, her gift for mimicking accents and voices was discovered when she began singing exactly like Annie Lennox after hearing her only one time. In addition, she also possesses a “demonic” level of endurance, tested and proved when she completed the recording of Book of Life in three and a half days! Closed in a small, dark booth from 9:00 am until 5:00 pm every day, she soldiered through the entire novel.

Ms. Ikeda was kind enough to perform for us part of A Discovery of Witches – the scene in the Bodleian Library when Diana and Matthew first meet. I am not a regular audio book listener myself, but I was simply enthralled listening to Ms. Ikeda’s rendition. She is the voice of Diana Bishop.

Finally, Deborah Harkness took the podium and expressed her gratitude to the tireless organizers of the event – Karen Mendez and Laura Ventura. First things first, she had no breaking news about the adaptation for BBC. They (she, the producers, and writers) are still breaking up the first novel. So, until the show is actually greenlit by whoever does the greenlighting for the BBC, there will be no casting announcements.

Perhaps the most exciting news of the day was . . . (drum roll, please) . . . Ms. Harkness is writing, and she’s writing about characters we know and love. No hints as to whether she’s writing another book in the series or telling the story of one of the many other fascinating characters in the novels. Whatever it turns out to be, we were rest assured, it will not be short.

If you are a fan of the novels, I am sure one of your favorite characters is also one of my favorite characters. As luck would have it, we were able to meet Gallowglass de Clermont in the flesh. Yes, Matthew’s strapping, Scottish nephew was on hand to meet and greet the fans.

Gallowglass is described in the novel as being a fierce and honorable warrior – a giant of a man with long, blond hair and the piercing blue eyes of a Nordic Viking. San Diego actor/model/athlete/journeyman (soon to be the next “it” man), Thomas Gunter, fit the description of Gallowglass perfectly.

At the conclusion of the conference, Ms. Harkness and Ms. Ikeda signed books for the 200 fans in attendance. Mr. Gunter stood by in kilt to pose for pictures with all the lucky ladies – and a few men.

Me being me, I decided to have a little fun. When my turn arrived, I introduced myself to Mr. Gunter and asked if we could pose as if for a romance novel. Being the good sport he is, I was swung into his arms and directed to look into his eyes. This man is a pro, which you can see for yourself on his website.

Me being me, I made something special for myself. 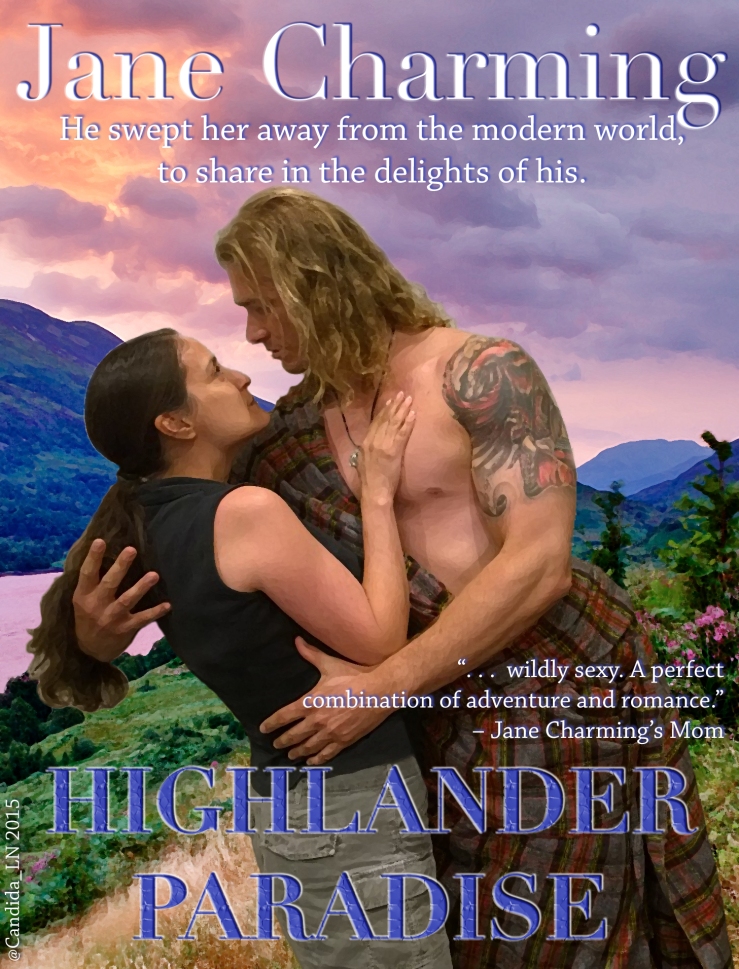 If you haven’t read the All Souls Trilogy, I highly recommend it. We all adore smart, courageous female leads around here. Diana Bishop does not disappoint.

What the heck? As long as I’m recommending books involving magic with strong women, I absolutely loved The Night Circus by Erin Morgenstern. It has magic. It has love. It has tragedy. It has beauty. It had me hooked on the first page.

21 thoughts on “All Souls Con”