Outlander Episode #107 THE WEDDING is this SATURDAY, as if you didn’t know. We’ve had lots to keep us occupied while we count down the minutes. People magazine released exclusive photos of the lovely Claire Elizabeth Beauchamp (Randall) Fraser (Caitriona Balfe) and her dashing husband, James Alexander Malcolm MacKenzie Fraser (Sam Heughan) in the honeymoon suite.

I increased the resolution and adjusted the lighting a bit to bring out the details of Claire’s corset in Terry Dresbach‘s gorgeous design, so have a look-see. Earlier this week, she also posted images and an early sketch of Claire’s wedding dress on her blog: An Eighteenth Century Life.

And for those of you who can’t get enough of Ms. Dresbach’s costumes, she has a new discussion forum active where you can post comments and ask questions about each episode and the costumes for each character. THE WEDDING will most likely be the hot topic this weekend, so have at it. 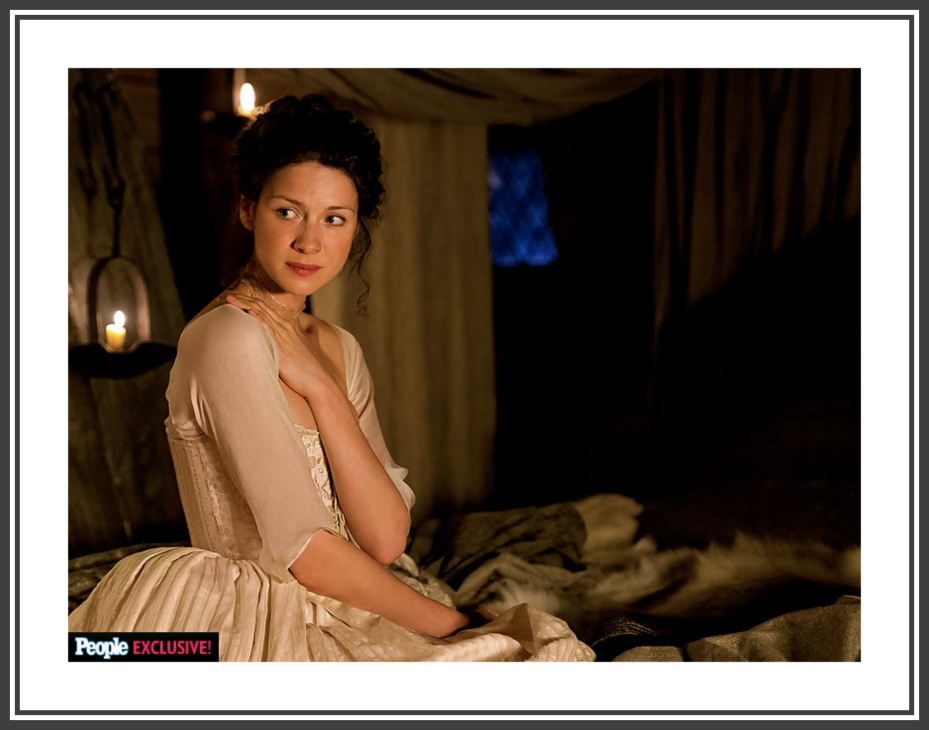 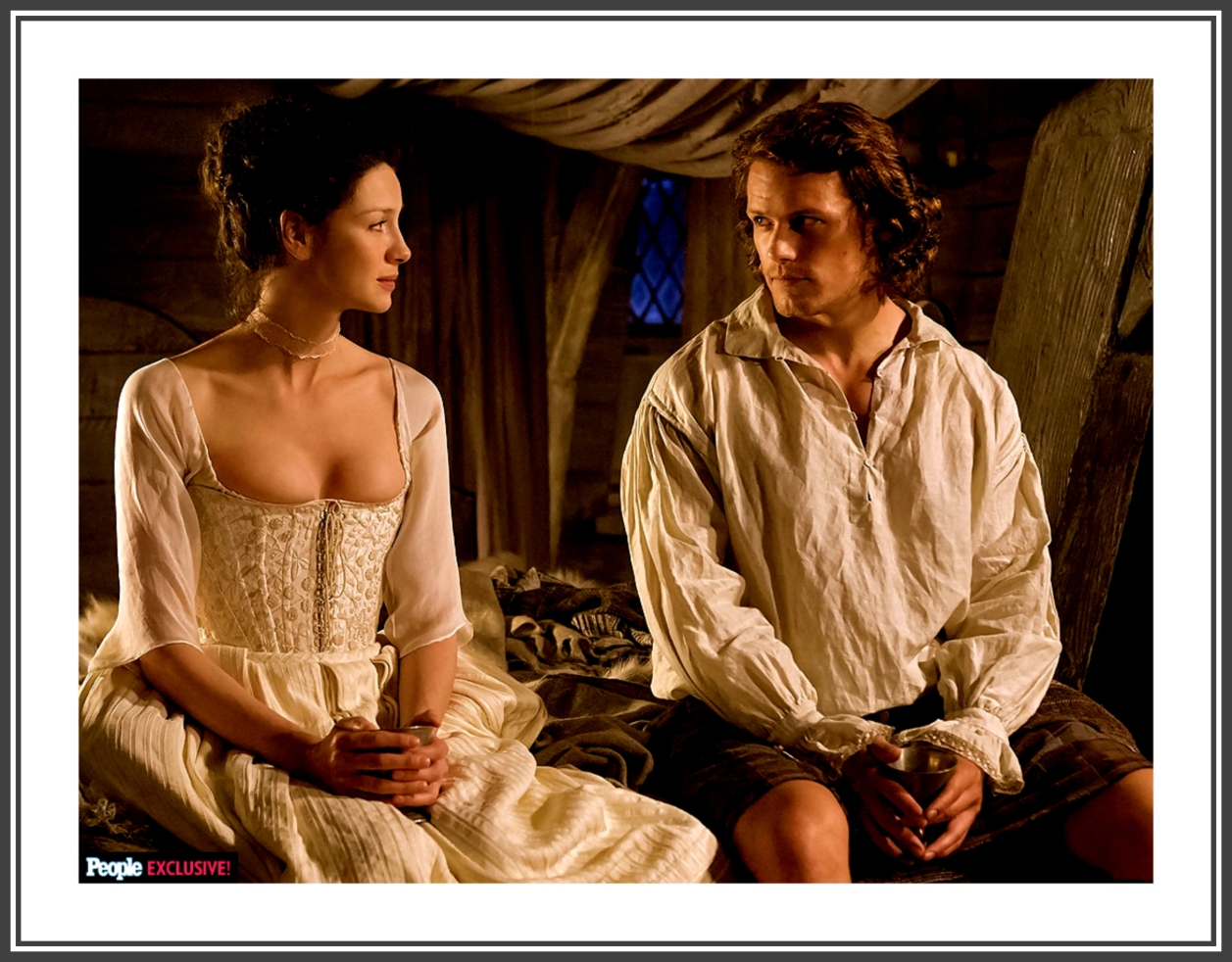 Most of you are probably familiar with my collection of Outlander posters. If not, you can view them all here in full resolution. I update them with new footage as it’s released. As this is a post about the wedding, I thought I’d include the corresponding poster for Ep107. The image in the middle is of my own creative imagination. 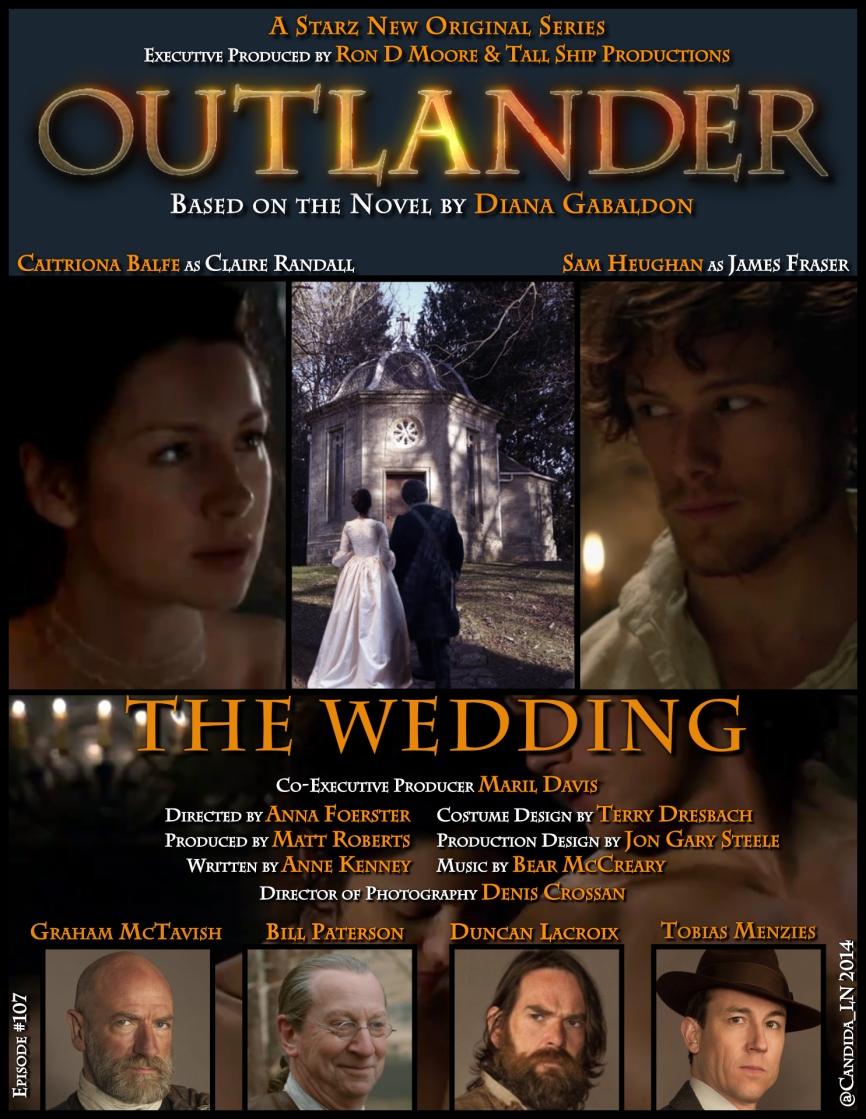 And finally, Outlander Starz put out a call for Wedding Invitations. Below is my submission. It includes a sonnet with a variation of one of my favorite lines of all the series because it’s a sentiment Diana Gabaldon‘s husband expressed to her. Sigh. From the last line of The Fiery Cross:

“When the day shall come that we do part,” he said softly, and turned to look at me, “if my last words are not ‘I love you’ – ye’ll ken it was because I didna have time.”

16 thoughts on “An Outlander Wedding”