Captain Jonathan Wolverton Randall is one of historical literature’s greatest villains ever written. Diana Gabaldon created him from parts of herself. Hard to imagine! But then again, maybe not. Ms. Gabaldon and Black Jack are strong in character, confident, shrewd, determined, and both like men.

She also has much in common with Frank Randall – Black Jack’s (more or less) alter ego. They are erudite, considerate, patient, loyal, and both like history.

With perfect timing the shy social-networker, Mr. Menzies, took to twitter to answer our questions about all things Randall. I had no doubt he’d be as witty and charming over the internet as he is in person. He did not disappoint. Congrats to my girl, Isa, having one of her questions answered! Check it out at the very bottom along with Franks Top 10.

.@Inyourpocket2 This is certainly up there, but I played Hamlet in the theatre, that was a little challenging too #AskOutlander

.@lilbitbookish Oh I think you like me a little bit right?! #AskOutlander

.@Annie031 Really enjoying them both, the variety is fun #AskOutlander

.@LokiCharmedMe2 have had a chance to test that water yet, been too busy filming the show, but i hope so. would you go see my film?

.@Miss_Lulu1 we've been shooting the wentworth stuff these past few weeks. yeah, its dark, what can I say #AskOutlander

.@alliehart45 @Writer_DG I love that Diana says this, its great, who could blame her, he's kinda the best #AskOutlander

.@ouimouton No, no real impro, we work on the script a lot and try and stick to it, its quite a precise form of drama #AskOutlander

.@BarbMac68 yes, this next episode is kinda all about what's driving Jack, what's going on underneath #AskOutlander

.@nangaughan I would love to actually, always had a desire to direct at some point….what this space #AskOutlander

.@raven14909 no, I wanted to be a tennis player, I was brought up on McEnroe, Borg, total rock stars #AskOutlander

.@jennifer_veach be fun! but I would have to do scenes with myself….? what could possibly go wrong #AskOutlander

.@AngRae7 not yet, but I feel sure there's gonna be a day…..#AskOutlander

.@LaPetiteFinch definitely, its not interesting if he doesn't, don't you think? #AskOutlander

.@CherylMcSwainC @Outlander_Starz are you kidding! The kilt is a ridiculous item of clothing……get dressed! #AskOutlander

.@jenhatts is this the start of a joke? I don't know, why? #AskOutlander

.@KzRoder @caitrionambalfe no I didn't do any chemistry stuff, they kept me separate, probably wise #AskOutlander

.@CocoHoffer I think so, but he draws the boundaries in a different place to most people, but he's immoral not amoral #AskOutlander

.@Halloween_Vixen it would have to be, What's it like to play two characters?#AskOutlander

.@EJBx in my old age I have become a dog person #AskOutlander

.@TallShipProds can I be honest? my head is so fried by typing like a madman for 30 mins I can't remember what we said `ahhhhh#AskOutlander

hey thank you everyone for your questions! great to hang out with you a little….enjoy the show on saturday, sweet dreams. #AskOutlander

.@1sa3 yes, but I'll be back there soon, well kinda, in a hotel room anyway #AskOutlander

.@TobiasMenzies no worries. I know u still care. I was hoping YOU'd remember the title. I think it had something to do w/Diana Ross..?

This one’s for you Andrea, Isa, Ingrid, and Mandy! I’ll let you ladies cat fight the order of your names.

10: Frank’s Why The F#@* Are You Staring At My Wife? Face – The men of Outlander certainly know how to throw a glare. This is the only time Frank and Jamie fortuitously “meet.” Fair play, Frank. You haunt Jamie his entire life. 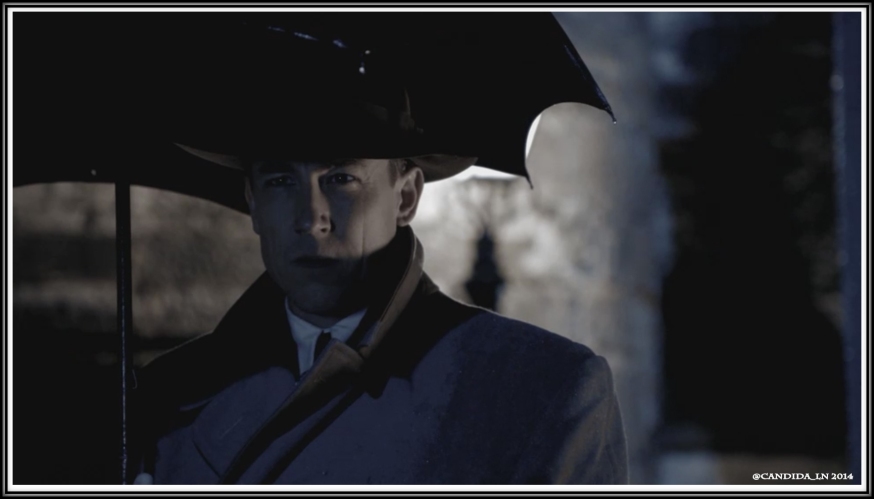 9: Frank’s I Bite My Lip Too Face – Jamie’s not the only one who gets adorably excited, ‘cept Frank’s arousal is historical.

8: Frank’s I Look Look Pretty Damn Cute When I Scrunch My Nose Face – Makes you want to pinch his cheeks.

7: Frank’s Damn If That Stubbornness Isn’t What I Find So Attractive About You Face – Stubbornness is strong in my family, Frank. Just sayin’ . . .

5: Frank’s Doodle Face – Okay. I admit it. I played this clip a few times listening to him say “doodle.” I guess I was imagining him doodling on me. Oops. Did I just say that out loud? 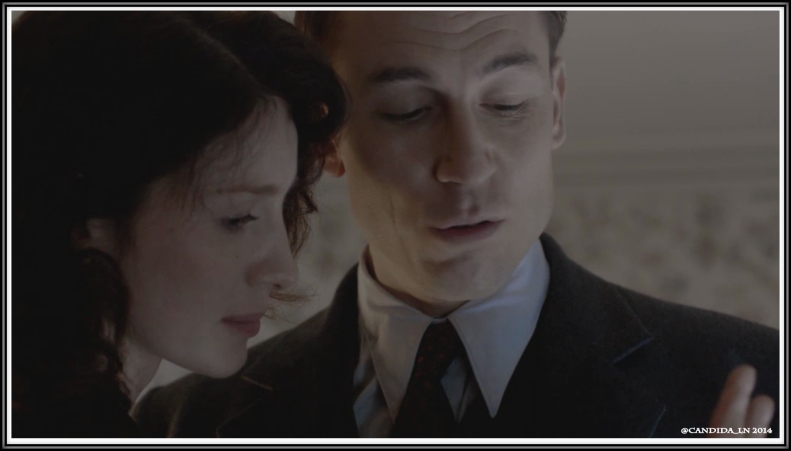 4: Frank’s I Can Wink Face – You’ve got one over on Jamie, Professor Randall. 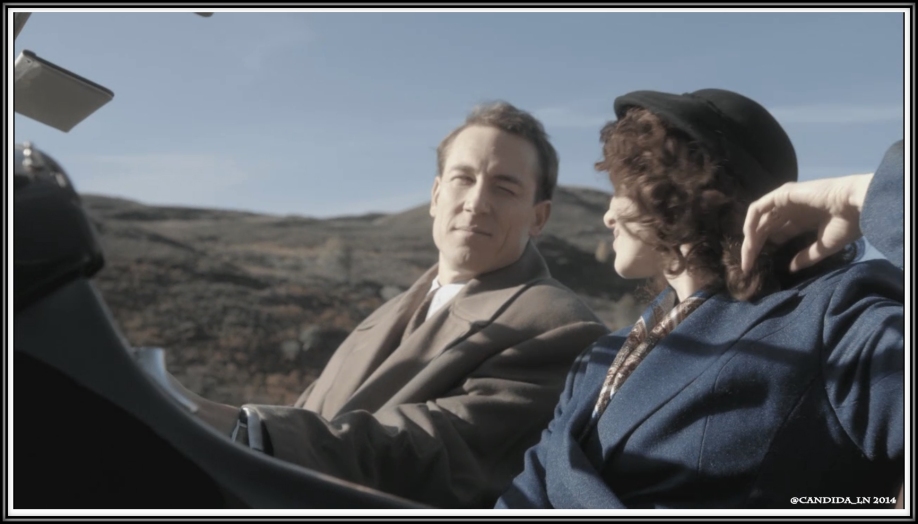 3: Frank’s What Am I To Do With You? Face – Yeah. You’ve got the right idea there, Frank. If Claire prefers jumping up and down on the bed, I know of at least four volunteers to take her place.

2: Frank’s Welcome Home Claire Face – Sigh. What a beautiful fantasy this represented  – a perfect addition to the story. 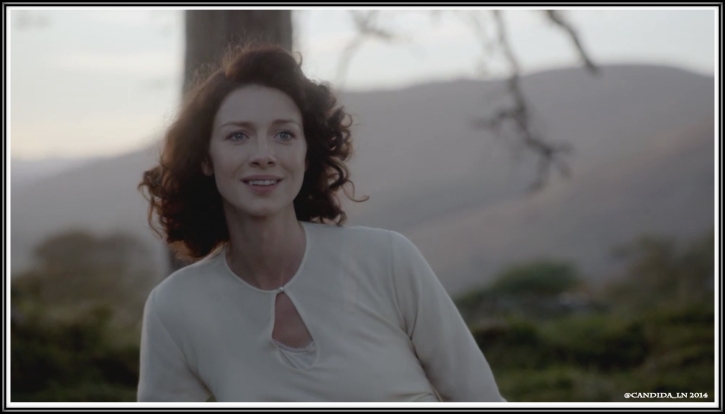 1: Frank’s You Want Me To What? Face – I like a man who doesn’t let a few centuries of dust and grime get between him and the woman he loves.