The latest installment of Outlander Episode 105: RENT is by far the darkest in the series. Dougal (Graham McTavish) leads the MacKenzie’s on a rent collecting road trip. We are introduced to the character of Ned Gowan (Bill Paterson), a lawyer from Edinburgh, working for the MacKenzie clan. We also see a few new sides to well-established characters. 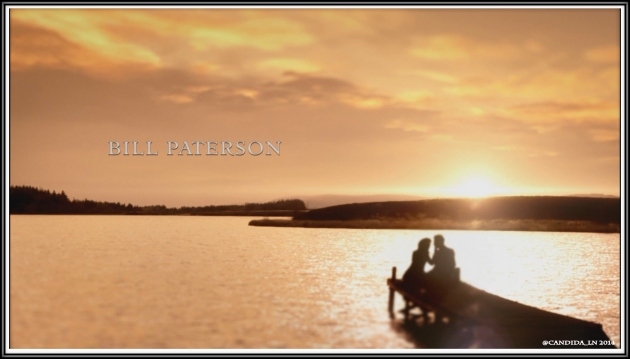 The darkness comes from Dougal’s usage of Jamie to raise funds for the Jacobite Rebellion in a humiliating and torturous fashion. Claire witnesses first-hand the tactics of the Black Watch as well as the heinous crimes against those considered traitors to the English crown.

The flashback to 20th Century Culloden Moor is heartbreaking. I visited the battle site many years ago and still recall the sadness I felt walking along the ground where the thousands of Highlanders fell and died.

There is very little humor in this episode which makes writing a witty review a bit difficult, but I’ll do my best. As usual, SPOILERS are ahead.

RENT welcomes another fine script, this time from co-Executive Producer Toni Graphia. It’s one of the heaviest storylines of the season, springboarding nicely off the drama of Ep104: THE GATHERING.

The first thought I had when the show opens was the outdoor air seems to be good for Claire (Caitriona Balfe). She looks more lovely than ever, especially in her new traveling duds by Costume Designer Terry Dresbach. I don’t know how Claire does it, but she dresses better on the road than at Castle Leoch. Maybe that’s because Mrs. Fitz isn’t picking out her clothing. Her wardrober is also not around to do her hair, thus Claire wears it down through most of the episode. With her curly locks blowing in the wind, she looks especially fabulous.

The other factor making everyone look splendid is the landscape – Scotland. Being a traveling show, we are awarded several breathtaking views of God’s own country. Amazingly, most of the day shots are bright and sunny, a bit of clouds here and there. It appears someone really was looking out for the production during those scenes. 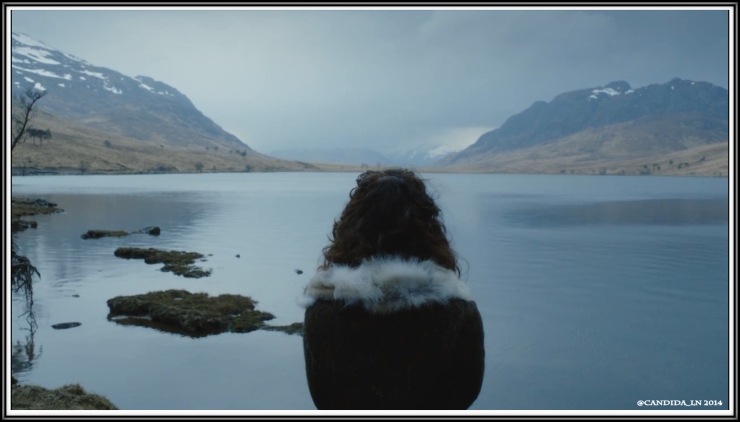 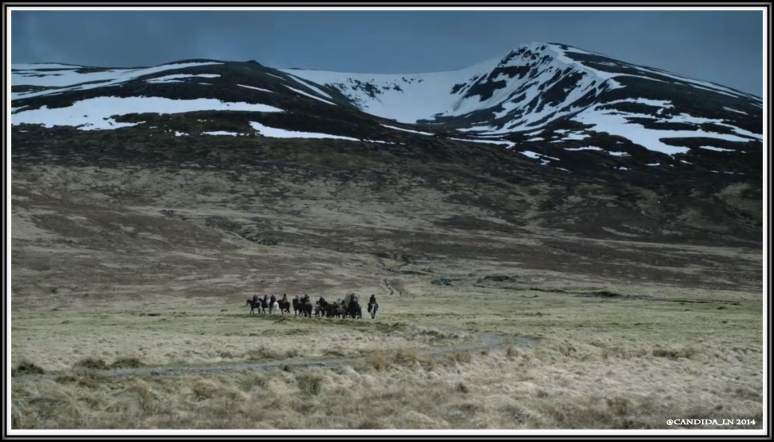 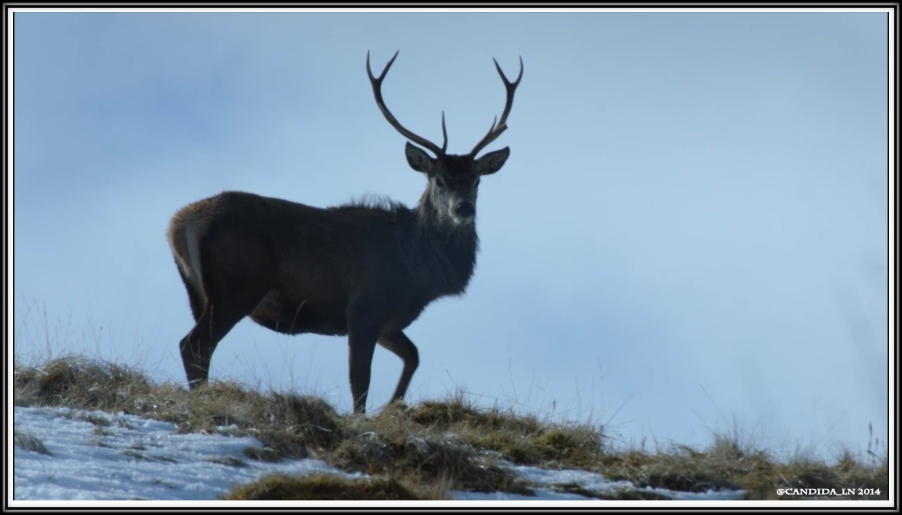 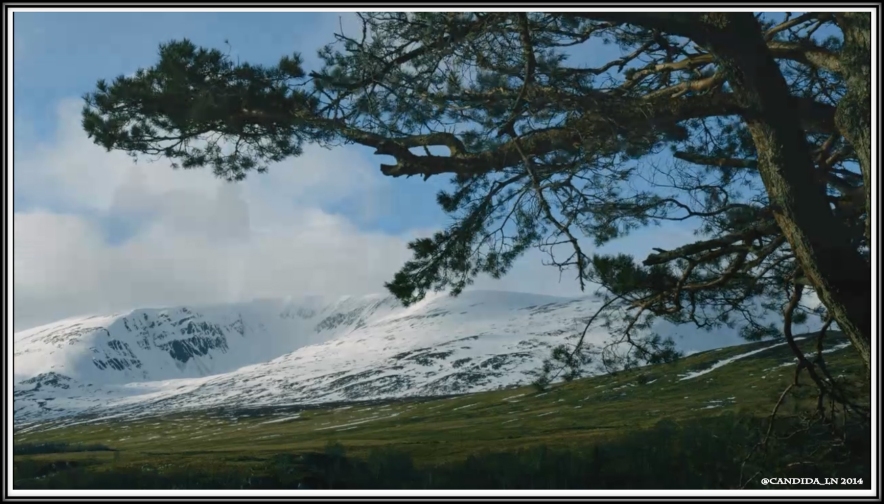 This episode is the most historical and political so far, introducing the Jacobite cause and showing where Dougal and the MacKenzie’s loyalties lie. For non-readers of the novel, the audience is led to believe – through Claire’s ignorance of Gàidhlig – that Dougal and the delightful Ned Gowan are thieves, shaving money off Colum’s rent collection.

One evening in a tavern, Claire is stoically outraged to witness Dougal use poor Jamie (Sam Heughan) as a prop for his supposed criminal activities. He rips Jamie’s shirt off to bare the scars on his back in order to collect sympathy pennies. Given Jamie’s extreme discomfiture regarding said scars, I found myself surprised we were not shown more of the humiliation he must have been feeling. The scene focuses almost entirely on Dougal and the horrified reactions of the bar crowd with only brief glimpses of Jamie’s face.

We all know how expressive Sam Heughan’s face is, as we are shown up close and personal in CASTLE LEOCH when Claire first sees his scars. It’s disappointing the same kind of coverage is not included in this edit. Regardless, each scene makes me mad, as they did reading the book. I wanted to knock Dougal over the head with a heavy stool.

There is a melancholiness to this episode as well – for Claire. She’s treated even more as an outsider within this intimate group. Her budding friendship with Jamie is almost nonexistant. He’s one of the guys in this episode, laughing at the crude jokes being told around the camp fire with occasional covert glances in her direction.

Angus Mohr (Stephen Walters) takes a bigger role in RENT, showing a new range of his character. He’s not a comical sidekick, but a grouchy firebrand who forcibly shoves Claire around and treats her very rudely because she keeps giving him the slip.

After several nights of Dougal’s campaign, Claire picks out the name Charles Stuart from his speech. With that, she figures out the MacKenzies are rebels, not thieves, and approaches Ned Gowan one afternoon in yet another tavern. She tries to convince him their Jacobite cause is futile – as is her attempt to persuade him. What did she expect? She comes very close to saying, “I’m from the future, and you’re all going to die!” Enter Mrs. Fitz to bitch-slap her again.

Meanwhile, a group of drunk villagers throw nasty stares at Claire and shoot their mouths off. She ignores them, but one doesn’t need to know the language to understand what they’re saying. Jamie has conveniently left to tend the horses, leaving it to Angus and the others to throw down with the villagers for insulting the honor of their hoor.

The brawl between the MacKenzies and the drunk villagers is an amusing action sequence. Claire scolds them for fighting until she learns they were defending her honor. Sheepishly, Claire and Angus make up. All his previous bad behavior is forgiven. I don’t think so. Angus is still a jerk, but I guess he’s her jerk.

My only disappointment with this scene is that the fight is taken away from Jamie. In the novel, he takes offense to comments being made about allowing himself to be abused by a “whey-faced Sassenach.” He takes on three men by himself, while Murtagh (Duncan Lacroix) and the others place bets. We lose something of Jamie’s character by cutting out his big moment. In this episode, he is much too docile – a word I would never use to describe him.

The show does include an important scene between Jamie and Dougal – an argument overheard by Claire regarding Jamie’s fealty to the MacKenzie’s while his feet rest on their land. After Dougal stalks off, having won the argument, Claire follows Jamie and finds him taking out his frustrations on a tree. The scene is much shorter than in the novel, losing the playful camaraderie existing between Claire and Jamie at this point in the story. Jamie’s sense of humor comes out strong whenever he’s alone with Claire, but not in this episode.

In general, I observed a disparity in Jamie’s personality, particularly in the scene where Angus draws a knife on Claire. In every other episode, Jamie is on his feet and at her defense. For Pete’s sake, he risked his life for her just last week in THE GATHERING. In RENT, his reactions are slow & tenuous or plain absent each time she is shoved and threatened. Yes, these men are his kin, but they were also his kin at the castle. Who died and made Angus Dougal’s 1st Lieutenant anyway?

I suppose an argument could be made Jamie is guarding his reactions on the road because of his outlaw status. The last thing he wants to do is bring attention to himself. He also doesn’t want to provoke Angus into hurting Claire during the knife encounter. Following that scrape, Claire receives no sympathy from Jamie – only a reminder that she is an outsider, shouldn’t speak the way she does to the men, and oughtn’t judge what she doesn’t understand.

I suspect the writers are setting us up for what Jamie is forced to do to Claire later. Yes, the big spanking scene. Jamie has transitioned from blind love to respectful admiration to I’m still in love with this woman but what the heck is her problem? Sounds like they’re already married, eh?

Jamie and Claire do have one amusing chemistry-driven scene together when she finds him sleeping outside her bedroom door. As in the novel, Jamie is shocked at her suggestion he sleep in her room near the fire. Yeah, nice try, Claire. You really are a hoor, but then – aren’t we all for Jamie?

Claire’s 20th Century roots show more in this episode than any other. Perhaps her closeness to the standing stones makes her less cautious, thinking she’ll be away from her captors soon. She fights against 18th Century customs throughout the story even though she knows it’s a losing battle. In the scene where she tries to return the goat, she causes quite a spectacle in the village. I would have tried to return the goat, too – just not in front of Rupert (Grant O’Rourke).

In any case, her tenacity serves to increase the conflict between her and the MacKenzies and even Jamie. Her relationship with them balances between tentative and necessary. Over the next few episodes, I speculate we’ll see Jamie acting less patient with Claire’s willfulness and peculiarity.

It’s easy to see, this is definitely a Dougal MacKenzie episode. He is showcased in more scenes than anyone else, including Claire. At the end of THE GATHERING, Claire expresses her joy at escaping the confines of Castle Leoch, but it’s Dougal who is set free. At Leoch, he’s quiet and subservient. He drinks non-stop and lurks around every corner.

On the road, he is Laird, Master & Politician and out from under his big brother’s boot  – schmoozing and laughing with the villagers as if already their clan chief. He tells bawdy jokes and openly stares at Claire with a jealous wantonness he knows is foolish. He acts in a manner he’d never show in front of Colum.

My favorite scene in this episode is the flashback to 20th Century Culloden. It’s done in such a way we are literally jerked across time. It’s quite jarring and very effective when we join Claire and Frank (Tobias Menzies) at the memorial.

I’ve read reviews and seen several tweets where fans have admitted to crying at earlier scenes in the show. I have been moved but not to tears – until this episode. It’s impossible not to have watery eyes when looking upon the moor, even through a television screen. That’s the main difference between fiction and history – the impact it has on your spirit.

When we return to the 18th Century, we see the spark of change in Claire’s attitude toward the MacKenzie men, knowing their futures and finding herself helpless to prevent it. It’s emotional and frustrating for her and us.

I am immediately reminded me of Dragonfly in Amber and Claire’s search for information on the men of Lallybroch. This leads to her search for Jamie in Voyager – my favorite novel of the Outlander series by Diana Gabaldon. This final scene gives me a taste of what I hope is to come in Season 2 and 3.

The episode ends with the biggest cliffhanger so far – nothing like the ending of An Echo in the Bone, but it made me laugh with surprise when the credits took the screen. In THE GATHERING, Claire gains Dougal’s respect then loses it in RENT. At the start of THE GARRISON COMMANDER, she will gain it back. Ep106 promises to be an even darker story than RENT and perhaps more dramatic than THE GATHERING, which remains my favorite episode thus far.

You can download Ron Moore’s podcast for Episode 105: RENT for free on  iTunes or listen to it here. He also gives us an inside look at the making of this episode:

Outlander Episode #106: THE GARRISON COMMANDER airs on Starz on Saturday, 13 September in the U.S.